See the great work the students have created. It’s inspirational and a lot of fun.

http://www.megmakeupmasterclasses.com.au
Posted by MEG Effects at 4:42 AM

It was wonderful to see so many family and friends at the graduation ceremony and wrap dinner. We had parents from Tasmania and Melbourne here to celebrate the successful graduates from January 2010. The very high standard of work produced by the students made all of us very proud.

Be bold, creative and never lose your enthusiasm to learn and grow – you all have the talent and focus to do anything you want in this field. Find your path and enjoy the journey.

On behalf of Nick, Paul and myself, we wish all the graduates great success in their new careers. 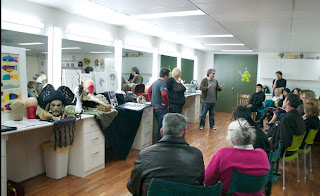 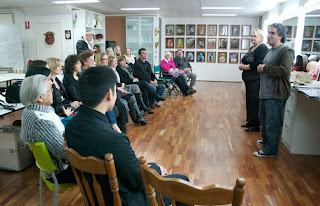 Prosthetic Run Down from the Make-up Chair

Thankfully the technology behind prosthetic make-up has come a long way since the original Planet of the Apes movie won an Oscar in the late 1960's. But it remains an art where patience is the ultimate virtue. Having been invited by students of the Make-up Effects Group Master Class, I enjoyed up to around 6 hours (maybe more) of being poked, prodded, glued, painted and fussed over. But it culminated in a transformation nothing short of phenomenal. In fact, the entire process was quite relaxing.

I was warned that the experience could be claustrophobic, but I found it not so. Initially, the basis of my character's face was formed by a prosthetic mask, moulded from soft foam and perhaps latex that fitted over the contours of my face like a glove. This was aligned to match my features, generously glued in place, and allowed for amazing reproduction of my facial expressions. Being restricted to the chair for so long was alleviated by the attention paid by various 'assistants' who ensured water, juice, tea and coffee was continuously offered (and consumed via a straw) as well as ample goodies in the form of gummy bears and other sweet treats.

With the basics in place, a break for lunch was called and the artists, along with their own 'beasts', retired for a time to congregate around the catering, made up of various wraps (yes, versions for vegetarians as well), soy crisps, wagons wheels and a cheese and fruit platter.

Back in the chair after lunch for the finishing touches by way of acrylic and grease paints, as well as the more traditional powder-puff. Lunch had kicked-in, and during the ensuing hours I certainly drifted off to the land of nod once or twice. I believe this is common in 'the business'. Finally, fitted with costume, it was time for photos, which never do justice to the magic and skill of the artists. Talking and performing various emotions via facial expressions is key to creating 'realism' in any film's fantasy world, and this make-up technique allows for both in spades. The blending between the prosthetic pieces and my natural skin is the real skill, and truly results in a convincing on-screen character.

So amazing was the finish, I didn't want to have it removed. It was a work of art, and I the proud canvas. Eventually though, two artists spent time slowly removing the layers of paint and powder, carefully peeling back the mask and brushing on copious amounts of fluid to neutralize the glue. Bit by bit, reality returned albeit over another 90 minutes or so, as the fantasy was finally detached, and life returned to normality... until the next shoot ...


Tim Stackpool – Prosthetic Beast
Posted by MEG Effects at 3:36 AM

For our hair exam we hoped that we made an impression, as our work over the last 18 weeks came to an end. We all did a good job and felt that we are on the way to becoming good hair stylists - thank you Tanya for your guidance and help.

At last “our reveal” - all those months of texturing and running foam, the big day was here at last. We applied our prosthetics on 5 great models Tim, Ken, Alex, Sharon and Angus, a huge thank you for your patience, as you made the day run so easily for us. We know how hard it must have been and we all are so grateful. 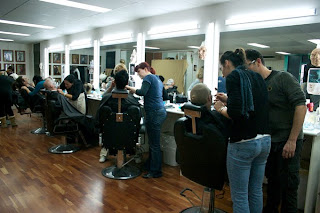 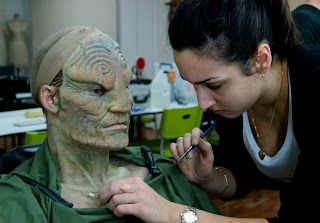 With Nick, Paul, Troy, Rachel, Jess, Kala and Louise, we have realized and achieved all our goals, as our creations were more than any off us dreamed or imagined possible. The results for us all were the ultimate achievement of our characters and how well each turned out. The day was 11 hours but seemed like 1, as we had so much help and encouragement from everyone. A big thank you to everyone again and again.

Good luck to all for the exams next week. 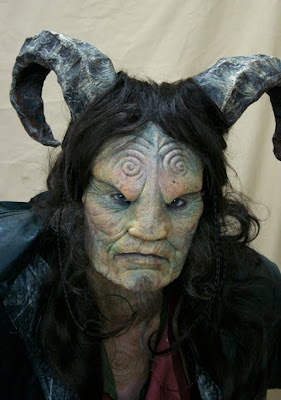 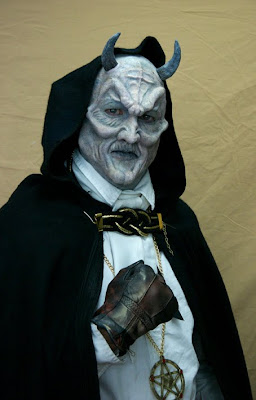 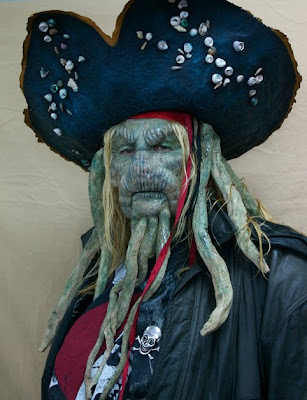 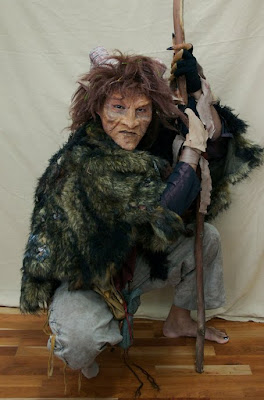 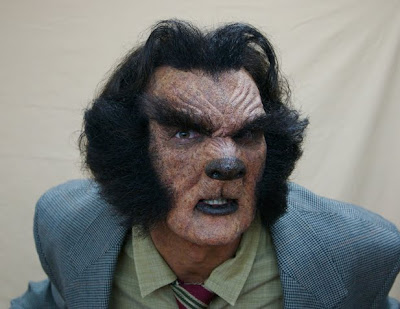